Recently, we were asked to review several WonderForge games. My children had a blast reviewing. Justice League Axis of Villains Strategy Game

was one that we received. Ignore the "Only at Target" sticker, as we easily found the game on Amazon as well. 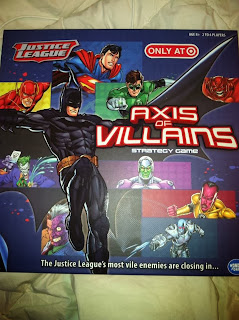 First, this is not a game for young children. If you look at the board, you will see that it is quite complex, and a younger child would get easily distracted and discouraged. The game says it is for ages 8 and up. My 10 year old could understand the rules easily. My 6 year old could play with assistance, and was able to play after a few turns on his own. If you are a game playing family, I think a 5 year old would be the minimum age for playing. 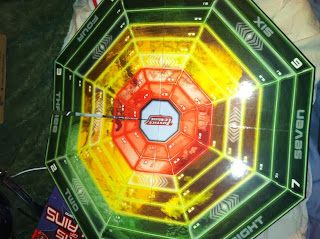 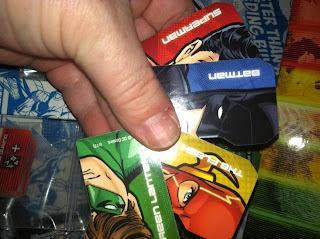 This is a super game if your family is a fan of superheroes (as mine is!). We had tons of fun playing!
Find more fabulous Wonder Forge games at: http://www.wonderforge.com/

MamaBreak received Wonder Forge games to review here on the site. We did not receive any other type of compensation. As always, our experiences and opinions are our own.